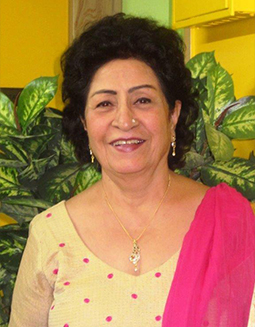 Growing up in a Refugee Camp to graduating from College of Engineering, Pune to becoming the Chairperson of Alfa Laval – Tetra Pak, India, my journey was one of dedication, hard-work and focus. Today when I look back at my academic journey, I feel proud. My experiences are what helped me, not just to grow, but also lead me to start the Lila Poonawalla Foundation. The idea behind starting the Lila Poonawalla Foundation (LPF) was to support academically meritorious girls who belong to a financially challenged background.

Mrs. Lila Poonawalla (recipient of the Padma Shri award, 1989), a name synonymous with creating history. From the humble beginnings as a refugee from Hyderabad, Pakistan to becoming the 1st Mechanical Woman Engineer to graduate out of College of Engineering, Pune (COEP), she created her own inspirational story. She began her corporate pursuits in Ruston & Hornsby, where she met her husband Mr. Firoz Poonawalla.

It was here that her boss Mr. Rausing’s birthday gift for her 50th birthday would lead her to start LPF. Under Mrs. Poonawalla’s leadership, LPF has supported over 10834+ girls achieve their educational aspirations.

An active participant in contributing to India’s growing economy, Mrs. Poonawalla has been the recipient of India’s 3rd highest civilian honor – Padma Shri in the year 1989. She was recently conferred with Polar Star - Commander 1st Class - the Royal Order of Seraphim from Carl XVI Gustaf, the King of Sweden for boosting the Indo- Swedish Economic Ties in Maharashtra. 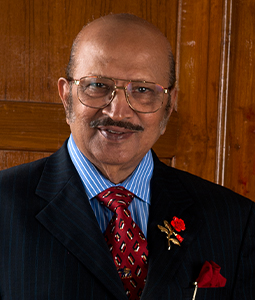 With the tremendous work that Lila Poonawalla Foundation is doing, we want to see more and more girls come forward and look at the Scholarship as an opportunity to make their dreams come true. With our work, we hope to serve humanity by educating and empowering girls. With LPF, we wish to support girls throughout India complete their education and become productive members of the society.

Mr. Firoz Poonawalla, a graduate from the Wadia College, has worked extensively in the field of Total Quality Management. After retiring from his corporate pursuits, Mr. Poonawalla along with Mrs. Poonawalla started the Lila Poonawalla Foundation. Mr. Poonawalla’s supporting efforts led LPF to start the School Project – ‘2morrow 2gether’. Today under Mr. Poonawalla’s leadership the school project has had 12+ schools in and across the Pune district with over 2200+ girls awarded scholarships in this project.

With a keen eye for detail, Mr. Poonawalla also supports the school project by providing infrastructural services to those schools that need it.

You can support the educational aspirations
of the young girls and help them build
a career of their choice.